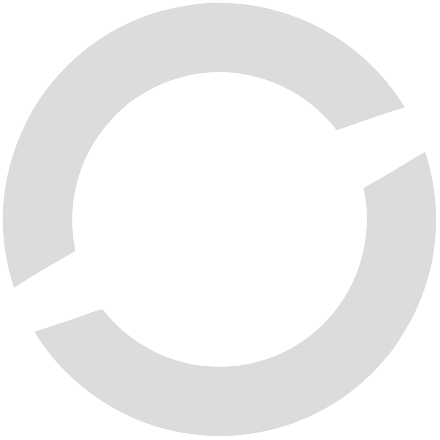 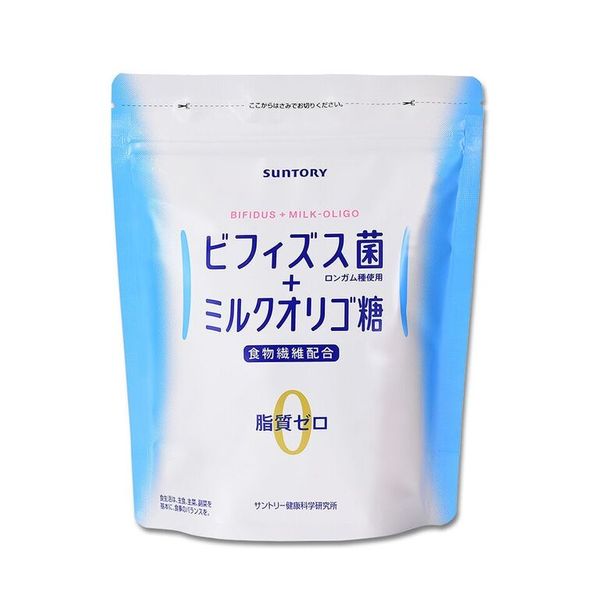 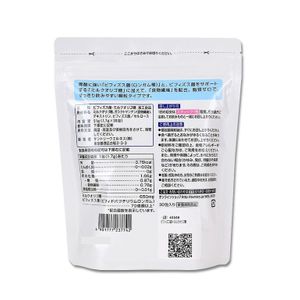 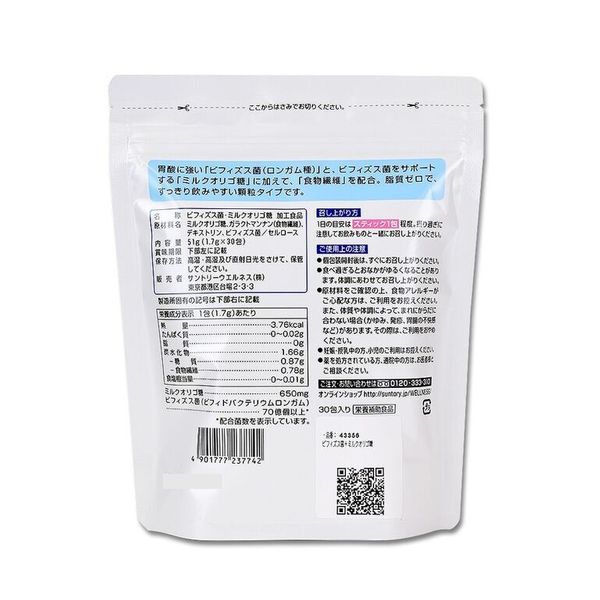 Bifidus is a probiotic bacteria that plays an important role in maintaining a healthy balance inside the body. However, the number of bifidus bacteria in the body decreases as we age, so it becomes important to actively supplement our intake.

Bifidus is probably the best known strain of health-promoting bacteria. In some ways it has become a symbol for our inner health. However, this vital bacteria decreases as we age. An imbalanced diet, stress, lack of exercise, and smoking can also lead to a decrease.

That's where Suntory Bifidus + Milk Oligo comes in! It contains Bifidobacterium longum, a variety of bifidus that is particularly strong against stomach acids. Milk oligosaccharide supports the ability of bifidus to work in the body by becoming a source of nutrition for the growth of this healthy bacteria. Taking these two ingredients together ensures that the probiotic reaches, works, and stays in the stomach!

This supplement also includes a healthy dose of dietary fibre to further improve the proper workings of your digestive system.

Suntory Bifidus + Milk Oligo has a refreshing, sweet taste. It comes as a powder which can be dissolved into a drink of your choice, and comes packaged in a handy stick type that’s easy to take with you.

Take 1 sachet (1.7g) per day mixed with water or other drinks.

Caution: This product is not suitable for those who are pregnant or breastfeeding.

Looking for the best deals for Suntory Bifidus + Milk Oligo?

Be sure to put this into your wishlist by logging in, or sign up today to enjoy 500 points discount immediately~ Wonect offers FREE deliveries worldwide and has daily deals, so do check back for the best prices from Japan!

Constantly Having indigestion problem even just a normal meal. It really helps to relief discomfort and bloatness in a gradual and natural manner. It is better than those sugary drinks that promotes digestion yet with little or no effects Haven been my repeated purchases and I will continue consuming it for health concern.

Product is convenience and effective. Delivery is fast.

good product, effectively work for those who has poor stomach. fast delivery, it takes about 6 days after placing order.

I used to take similar product from another manufacturer. Now I switch to this source. Fast delivery.